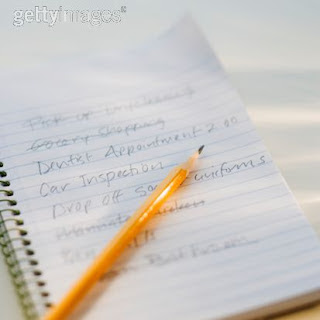 Few days back I appeared for an exam – a written exam! Yeah, the exclamation mark ‘cos it’s not everyday that I write 20+ foolscap pages. There were 4 exams in all – 2 on each day. The first paper I sat down to WRITE gave some good exercise to my fingers. The first paragraph took quite some effort and had different handwriting on every line. Thankfully, I continued with the best sample of the lot.

Everytime I released the static position in which one holds the pen, there was a slight crackling sound in my fingers. It took some effort and some pain in the knuckles to get back to the pen-holding position once again. Three hours and 20+ written pages later I realized what a humungous task writing has become. I don’t remember the last time I wrote a long letter. I haven’t opened my diary since last 10 months! Scrawling my illegible signature; underling sentences in a book; scribbling some lines here are there – these are the only things I remember doing with a pen nowadays. We are so used to keying in data that we’ve even forgotten how our handwriting looks like!

I mean, think about it – aren’t we losing a quintessential part of our identity? Everyone keys in the same-looking characters on the screen. So what happens to a whole stream called handwriting analysis? When you read someone’s hand-written letters, you can actually see that person’s face superimposed on that letter (ya, 70’s film type). Your sweat can drip on a note; your perfume can be absorbed by the fibres of the paper…Can you feel the same when you read a mail?

Mails, chats, sms – communication is becoming shorter and quicker. In the process, writing is becoming an archaic form of communication. The ability to communicate without editing is being lost. I mean, when was the last time you typed even one complete paragraph without pressing the backspace key?

Typing is faster while writing is slow. No wonder I have lost patience for creating a text at a speed slower than I think. At the same time, I love to write and I don’t want my writing skills to decay. I want to continue to write, to pour my feelings on a piece of paper and then read it after years and wonder if it was my tear drop that caused a smudge on that paper…
Posted by bhumika at 2:24 AM

Now when was the last time I wrote a whole paragraph using a pen and paper?? Sometime in 2005 I think, during an exam in B-school...hmmm..yes, thats right, never after that.

OMG I'm losing a skill that I learnt with so much effort (er..was kinda slow in primary school :) )!

New Year Resolution for you Swapnil: Write atleast 2 pages of something everyday!

Don't try to act smart - no lists; nice long paragraphs. And yes, both sides of the 2 pages :P A perfect solution to flex your fingers and improving your long lost handwriting :)

true bhumi.. that has happened to me too..in school, my writing used to get me some prizes in handwriting competitions..and NOW..i dont know what it looks like recently..its terrible and everchanging..i dont even remember what it should look like..

love the last line here..i used to write a diary..but now that too has become a blog!

good u got this out in a post..encourages me to attempt some writing..every now and then

Boy, you're stricter that my class 5 teacher - and thats saying something!

Please ma'am, can I not do this atleast on weekends? I promise i'll type super long posts to compensate...please ma'am, please...sob...

How about writing your short poems by hand first and then type it on the blog? I believe it will get all the more personal then :)

Aww…I didn’t mean to sound strict. But now that the ball’s in my court, I shall make good use of the opportunity :P

Ma’am says, "alrite, you can avoid this on weekends BUT in return i expect one post on your discovery of the long lost handwriting."

Sorry, no can do!

But, I CAN post you a handwritten letter... then you can determine my "lost handwriting" yourself :)

By the way, that little exchange conjures up an image of Prof McGonagall somehow :)

Sorry, no can do!

ur surely not one of my best students :P

you can determine my "lost handwriting" yourself

it was meant to be a self-improvement exercise. you are your best judge :)

Ah... there is not much I can do here except give you a firang address to write to :)

I cannot write nice with all sorts of pens or pencils.. with a few pens its like very nice... and with more than few, its crap...

Oh and I forgot to check the followup comments checkbox.. this comment is to do that :P

hey om, good to see you after a long time. Btw, i'm still pretty good with my handwriting and my writing speed (i hold a record of completing my answer sheets on time!)So practice ki zaroorat to aapko hai :)

i know ppl who are very particular about the pens they use. Thankfully, i'm not that fussy - anything that's comfortable will do. Btw, you need to catch up on many of my posts :P

Was Travelling.. back now :)

i am not fussy about pens, but its not nice to write bad with a bad pen.. impression kharab ho jaata hai na :D

That's a beautiful thought Bhumi. And so well written! Well, I miss writing too. But then i sometimes still write letters to friends. I know it's difficult to believe because but I do. In fact, I am expecting a letter from my sister soon. It's an oft discussed point that no amount of e-mails, SMSes would ever have the warmth of a hand written letter. And it's so true. I remember years ago when we moved from Pune to B'bay and B'bay used to be a long distance, my Mum and grandmom actually wrote to each other very regulary. and i will never forget the smile on mum's face when she read those letters!

That's a beautiful thought Bhumi. And so well written! Well, I miss writing too. But then i sometimes still write letters to friends. I know it's difficult to believe because but I do. In fact, I am expecting a letter from my sister soon. It's an oft discussed point that no amount of e-mails, SMSes would ever have the warmth of a hand written letter. And it's so true. I remember years ago when we moved from Pune to B'bay and B'bay used to be a long distance, my Mum and grandmom actually wrote to each other very regulary. and i will never forget the smile on mum's face when she read those letters!

hey mitali, good to see you on my blog after such a long time :)

yeah, nothing beats a hand-written letter. Good to know that you still write letters. Keep it up :)

my brain does not think anymore when i have to write in hand. however i can write pages after pages on word. thank god for small mercies.

I can't find the words to express how I feel about Handwriting expert But your little paragraph really said what I can't. I am a HUGE fanatic of Signature forgery experts preferably from ancestors and it's always a treat when one is found that is Forgery expert . Those I cherish the most. They are priceless.