On killing a tree

Today, while returning home, I saw a tree being brutally cut down at the University Road. I had to stop and ask them why they were doing so. 'Yeh jhaad sadh gaya hai,' came the reply. I couldn't have done anything; the tree was dead.

All those years of greenery and shade had come down with a chop. The huge tree lay there, helpless - being cut from every nook and corner. The sight was so deadly, it could only be compared to a brutal 'killing'. I had read 'On killing a tree' by Gieve Patel long time back, but as I read it today, I well know what he might have witnessed to have written such a powerful poem.


ON KILLING A TREE

It takes much time to kill a tree,
Not a simple jab of the knife
Will do it. 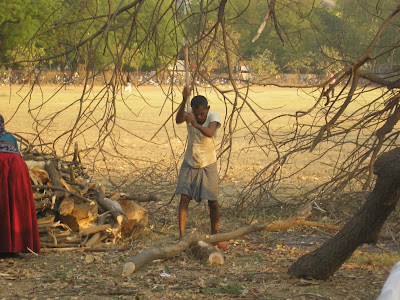 It has grown
Slowly consuming the earth,
Rising out if it, feeding
Upon its crust, absorbing
Years of sunlight, air, water,
And out of its leprous hide
Sprouting leaves.
So hack and chop 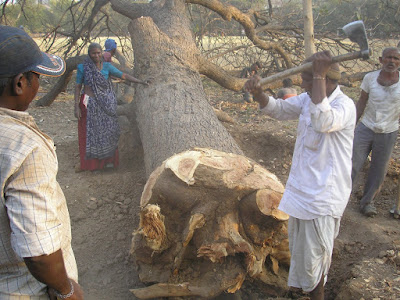 But this alone won't do it.
Not so much pain will do it.
The bleeding bark will heal
And from close to the ground
Will rise curled green twigs,
Miniature boughs
Which if unchecked will expand again
To former size. 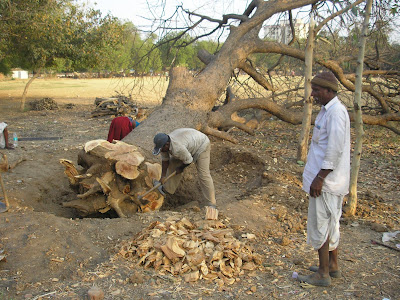 No,
The root is to be pulled out
Out of the anchoring earth;
It is to be roped, tied,
And pulled out-snapped out
Or pulled out entirely,
Out from the earth-cave,
And the strength of the tree exposed,
The source, white and wet,
The most sensitive, hidden
For years inside the earth. 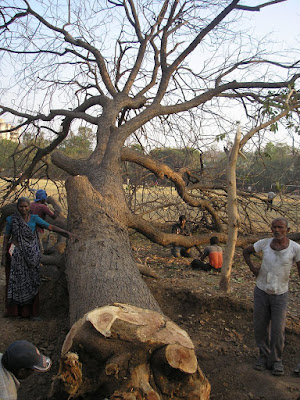 Then the matter
Of scorching and choking
In sun and air, 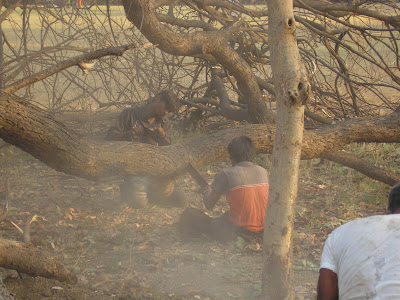 Browning, hardening,
Twisting, withering,
And then it is done. 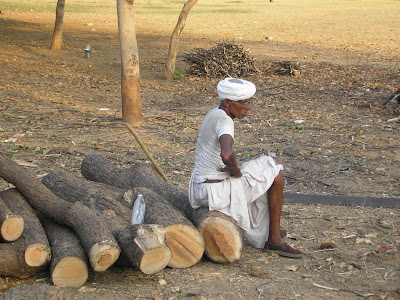 This is a very beautiful post! :) Did you take these pics yourself? They are spectacular!

Welcome to the blog. Yes, I have taken the pics. Thanks for your appreciation. Hope to see you around.