When I first landed in Bangalore (almost a year ago), one of the many things that struck me (apart from the beautiful weather and the bad traffic) was the sheer number of flowers around. From embracing vehicles to adorning women’s tresses to creating a neat colourful border on either side of the road – there were flowers everywhere. 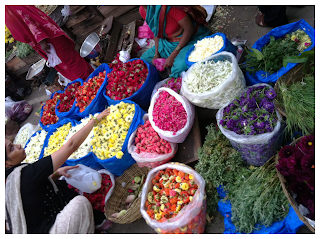 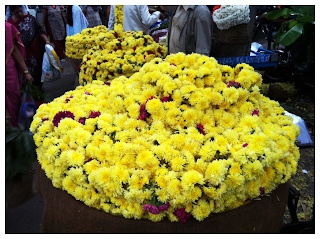 Every season, a new variety of flowers would bloom. On one of the Bangalore walks (another post that’s pending), I learnt that the Britishers had thoughtfully planted these trees so that no season would be without flowers, thus lending the city great cosmetic value. And they were so right. Walking around the neighbourhood and travelling to places proved to be sheer eye candy. Bright yellows, pretty lilacs and cotton candy pinks took turns in welcoming me on my way to office. 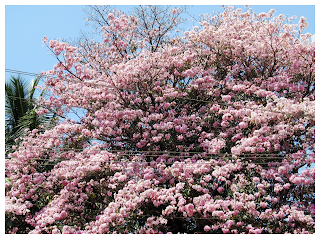 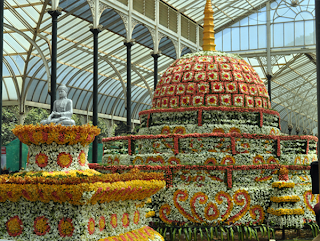 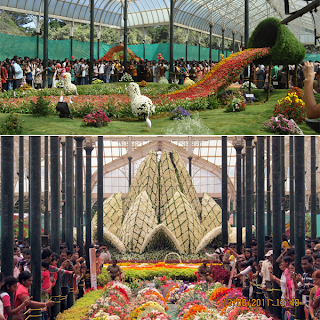 My indulgence with flowers grew. I began to buy the mogra malas for the small temple at home. After the trip to the temple in the neighbourhood, I’d even pin the flower the panditji gave, in my hair (like others did). And the house would never be without some pretty stems on the table. 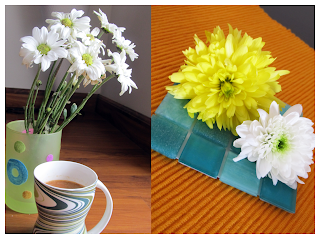 It’s been over a year in Bangalore. 3 flower shows, 2 spring seasons and several visits to the temple – the beauty of the ‘garden city’ has grown over me. 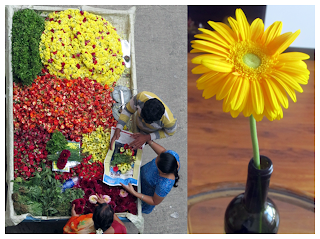 A trip to the Bangalore flower market is pending since long and I know that I’m going to be smitten by the sheer number of flowers there.

PS: I finally made it to the flower market. More about it in another post :)
Posted by bhumika at 2:42 AM