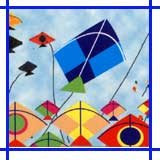 Uttarayan – the kite flying festival was celebrated with much gusto during the last two days here in Gujarat. Colourful kites, loud music and voices screaming ‘kaypo che’ and ‘lapet’ filled the air. Relatives visited each other, friends indulged in some fruitful bird-watching on the terraces and undhiyon-fafda-jalebi was the obvious menu in every household. The tanned faces, bruised fingers and sore throats of every second person I met were a telling tale of the fun-filled day spent on the terrace.

But today is a different story all together. The colourful kites that adorned the skies are now seen entangled in the branches of every tree and electrical wire that comes to sight. The dangerous glass coated threads (manja) that became the reason of much jubilation and many frustrations until yesterday now lie on the roads, clinging to every vehicle and passer-by in its way. And I haven’t even spelt out the worst that could have happened – something I feared the most.

The headline reads that a man lost his life after a Chinese thread (apparently with more glass powder) slit his throat while he was driving on his two-wheeler. Seven other people lost their lives while chasing kites and two toppled off the terrace. More than 500 birds were injured and 90 lost their lives during these two days - some of which include the most endangered species.

I cannot help but think, are these celebrations even worth it? Why don’t people understand that their moments of joy could cost someone his life? It degrades the very essence with which such festivals were started in the first place. And Uttarayan is not the only festival to be blamed here. In every festival - be it Holi or Diwali – the nuisance overrules the celebrations. Chemical colours burn the skin; black smoke chokes the air – but we wouldn’t stop celebrating such festivals. Afterall, they are a part of our tradition, isn’t it? Think again. Do we still have to continue like this? Can we not think of better ways of celebrating these festivals in its true spirit?
Posted by bhumika at 11:06 PM

There are better ways... there have always been better ways to do these... like there was a time when we used to use the home made manjas before the much dangerous threads came into picture...

the saddi that is there.. the white thread...

traditionally... when you are kite flying, its most of the cotton thread ( called Saddi where I am from) makes up most of it, and the manja is just about 10 ft or 20 so that you can ladao the pechche... but now people don't use any saddi anymore.. its manja all the way and that makes it bloddy bad !!!

1. I've been a part of uttarayan only once in Ahmedabad and will have to admit that i thoroughly enjoyed the festival without thinking of these things

2. somehow, once you think about it, all festivals are morphing into something that the initiators would never have imagined.

3. the intrinsic up-man ship seems to be too blame.
I will burst a hazaar ki ladi if you burst a 500 ki ladi.
Put gulal on me, will you? Take this silver paint - won't go till next holi
And of course- cut my kite will you? here take my pure glass manja, cut this if you can

And I don't know the solution - community celebrations only?

You said it all actually..

Celebrations should be celebrations of life and not a competition on whose kite cuts how many throats, whose colour stays the longest and burns maximum number of faces and whose crackers burst how many ear drums and cause maximum pollution!!

But the festivals we have are beautiful, in all senses if our need for image in every sector didn't mar the spirit...

Thanks for the insight. I didn’t know abt ‘saddi’. I wish sooner or later the manjas are banned and saddi is brought back.

@Swap-nil (I just felt like writing it that way!)

1.Almost everyone enjoys these festivals without giving a thought to such problems. I’m not asking you to take an extreme step and stop celebrating but instead trying to sensitize people so that sooner or later they are compelled to think of better ways of celebrating the same.

3.Completely agree with you on this one. Solution – community celebration? How will that help? General awareness through a strong media campaign could do the trick in the long run.

Last Holi I had a terrible experience when my skin reacted to a strong colour. Few years back I was also painted in Asian paints! Holi is a b’ful festival, provided it is celebrated in the right spirit. Same holds true for other festivals. Unfortunately, what they have become today is utter nuisance.

Community celebrations can help by being more regulated:
If fireworks experts put up a display of fireworks on diwali with people getting together in a safe field to watch

Maybe this could help

But of course awareness is crucial and mandatory before people agree to such practices...

now i get what you meant by community celebration. Good suggestion.

and the name of the river is Sabarmati - how could you forget that?!

What a great resource!